In honor of the 75th Anniversary or D-Day, Ben Shapiro changes gears on his Sunday Special and interviews WWII veterans, some of whom were there on D-Day.

In high school my history class just glossed over WWII. I did pick up information informally, but this year am learning more of the details and what was entailed in this historic event. I’m glad these men are still alive to tell their stories.

I’m catching up on my blogging. I saw this movie before I left China and haven’t had time to blog.

Another Criterion Collection DVD, this one based on a popular Japanese novel, The Burmese Harp is set as WWII ends. A company of Japanese soldiers is in Burma, on the look out for British soldiers. Their captain is very musical and has used singing to build espirit de corps and to trick the Brits, or try to. When they hear the British soldiers approaching their camp, the captain urges his company to laugh and sing to give the impression that they’re goofing off though they’re on their guard. When they start singing a song with the same tune as “Home Sweet Home,” the Brits echo back. Soon the Japanese learn that their side has surrendered.

Yet there’s another Japanese company up in the mountains, a fervent nationalistic group that’s still fighting. Mizushima, a soldier who’s learned to play the Burmese harp, volunteers to go up the mountain and tell these soldiers the war’s over. He’s given 30 minutes to get these hold outs to surrender. No matter what he says, they refuse. They don’t believe Mizushima and feel their duty is to fight to the death no matter what.

After 30 minutes, true to their word, the British start attacking. Most of the hold outs get killed. Mizushima survives, but is shocked. His world’s been shattered and he can’t  return to his unit. He steals a Buddhist monk’s robes and wanders the countryside as a monk.

His unit search for him and don’t want to return to Japan without him. At one point they think they’ve passed him on the road, but Mizushima doesn’t acknowledge them. He’s too shattered and lost to return to his old life.

The Burmese Harp doesn’t address the atrocities the Japanese committed, but it does show the horrors and effects of war. Most of the civilian Japanese had no idea what their soldiers did overseas so it wasn’t part of the original novel, or something the director, who broke out with this film, knew of.

The Burmese Harp presents an interesting view of WWII, one that I’d never considered. It also depicts Japanese culture with nuance. 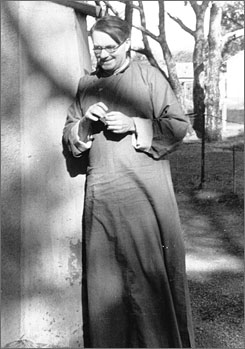 Simon Winchester‘s The Man Who Loved China chronicles the life of Joseph Needham (a.k.a. 李约瑟), a British scientist whose work and writings taught the West about China’s scientific firsts. Needham was a curious, eccentric guy. He made a splash at Cambridge as an embryologist. In his spare time, he was a nudist, socialist, philanderer, liberal Christian who loved Morris Dancing.

The first part of the book introduces readers to Needham, his background and all his quirks. Also it covers his engagement and marriage to Dorothy Moyle, another scientist, who studied muscles and who was very tolerant of her husband’s affairs. She wasn’t threatened by Needham’s mistress Lu Gwei-djen, a Chinese scientist who captured his heart and eventually moved down the street from the Needhams. Meeting Lu sparked Needham’s affection for China.

The middle third (more or less) recounts Needham’s time in Chongching during World War II. Actually, I was surprised that Needham only spent 5 years in China and that he’d come so recently. Before reading the gook I had the notion that Needham was a contemporary of say Lafcadio Hearn, the Japanophile who lived in Japan in the 19th century. Wrong.

Since Needham had mastered Chinese and was keen to travel to the Middle Kingdom, the British government sent him there to aid Chinese scientists who had fled into the western parts of China to escape the Japanese. Needham traveled the country meeting scientists and gathering data for what would be his opus, a multi-volume Science and Civilization in China. His travails are fascinating. Yet, before you know it Needham must head back to England. 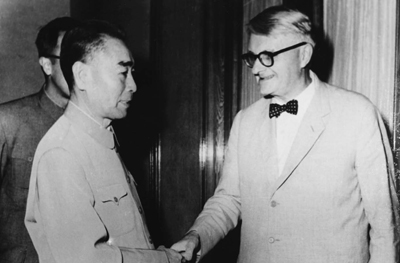 The last third of the book describes the conflicts and eventually illness that Needham faces back in Europe. Since he was in China, he couldn’t develop his relationships at Cambridge so he doesn’t have the supporters he needs when he falls into trouble through naivete and poor judgment. He has to weather some harsh storms after heading a committee and unwittingly playing a patsy for the Chinese government during the McCarthy era.

I found the first two thirds of the book most interesting, and the final third lost momentum, but then that’s the case for a lot of people’s lives. The story of Needham writing and publishing a major work of scientific history is hard to make compelling.

I liked learning tidbits about China that I can throw into conversation. They invented toilet paper and stirrups, which were a small but important advance that helped the military and others ride for longer periods of time. Since the Chinese built really good stone bridges throughout the country even in kind of no man’s lands, it was hard for invaders to take over the country. The Chinese could move about the network of roads with bridges so easily. Many of these bridges are still in use. (Funny that building well, for the long term has stopped here.)

Reading about Needham was fascinating, probably more than really knowing him. He’s the kind of guy I’d roll my eyes at. The expat who comes to Asia and within a week is dressing in silk robes, someone who has to be more Chinese than the Chinese around him, I’m guessing. I did like that Winchester inserted a lot of objective insights. So he let us know that while Needham thought Chongqing was a heavenly city, other expats weren’t as enchanted and complained about the smells and filth. That’s how things really are. There’s always a range of reactions of opinions and attitudes amongst expats of their adopted home. It was good to see this aspect included.