I admit I was worried that the film wouldn’t meet my expectations. Perhaps it wouldn’t translate to the silver screen.

The main plot involves the Crawley’s hosting the King and Queen of England (Elizabeth II’s grandparents). Will they be up to the task? What will go wrong?

By framing the story around this glorious event, writer Julian Fellowes hit the target. It’s a story that puts both the family and the servants in a tizzy. Since perfection’s required, Carson’s called out of retirement as the once sneaky Barrows isn’t experienced enough as butler. As the residents of Downton unite, conflict enters in the form of the supercilious royal servant staff. They elbow our favorite servants into a corner. No cooking for Mrs. Patmore. Poor Mr. Mosley, who’s taken time off from his teaching to return to serve, won’t get to. The royals bring all their food, drink and personnel.

A suspicious stranger comes to town and starts sniffing around Tom, the Irish son-in-law. What is this man who booked a room over the parade path in town up to? How will he implicate Tom?

Other subplots include Violet’s scheming to get a cousin to leave her fortune and property to Robert. Violet is beside herself when it seems that a maid will get everything.

Lonely Thomas may at last find understanding and possibly love (in a sequel?) but not till after surviving a very close call.

Widower Tom is pivotal in the film. He’s tied up with the mysterious strangerr, befriends the maid who’s to inherit a fortune and offers sage advice to a distraught royal.

It’s good fun to see this familiar cast again. Edith’s life has improved dramatically now that she’s married. Her problems are manageable, rich girl problems now that she’s away from Mary and has moved out and upward in status.

Violet and Isobel spar with wit. The saddest scene takes place towards the end between Violet and Mary.

The pacing was brisk and the film was clever and entertaining. With a such a large cast it’s hard to get everyone a good part. Mr. Bates didn’t have much to do and Mary’s husband was out of the country most of the time.

As usual the costumes and sets were amazing. Lots of delights for the eyes. It’s a film that’s sure to delight Downton fans, which is its aim.

Since I do believe Cora isn’t miserable in her marriage, and is just going through a period of ennui where she needs some direction or a new endeavor, Bricker’s been more of an annoyance than anything else. I am glad Fellows didn’t have Cora jump into bed with the art historian, but I also wish Cora would have more to do in the show. Perhaps she would find out about Edith and would have to deal with her feelings of being in the dark when both Violet and Rosamund have known.

On to Edith, I’m getting tired of the same old problem of her visiting the farm to see her daughter each week. Edith’s so mopey, though she sees Marigold more often than Mary seems to see George, which is odd. Or rather it’s odd to me because currently children are so central in a mother’s life. That wasn’t always the case. (In His Second Wife, the heroine mentioned not wanting to be a slave to her children. Different eras have different attitudes towards parenting.) How I wish Edith would throw herself into work and writing. She could take up the cause of single mothers or orphans. I wish this character had more facets.

I’m delighted that Robert stormed off when Miss Bunting rudely insisted that Mrs. Patmore and Daisy had to come up to the dining room so she could speak with them. Robert was right in my estimation since even after her hosts bent to Miss Bunting’s will and we could all see that Daisy and Mrs. Patmore were mortified, Miss B. continued to assert that she was right and that the servants were  dissatisfied and not respected. I’m delighted to hear that she’s leaving town. Tom could easily find a nice woman in the village who shares his political ideas — and is civil and respectful. My guess has been that even in Miss Bunting’s circle, she’s considered impertinent.

We didn’t learn much about whatever treatment Thomas is getting. I’m a bit annoyed. Again we’re getting strung along. If one or two stories are drawn out, that’s fine. But we’re being strung along with Edith’s story, the police investigation of Bates, the search for the Russian princess and Mary’s romantic storyline all move at a snail’s pace. I don’t mind a few stories moving slowly over a season, but I’d like some stories peaking mid-season or a third of the way in, while others develop more slowly.

Every week at the end I have this “Is that all?” question in my mind as I enjoy the banter, the costumes, but I can’t get around expecting something more to happen in a week.

After months and months of hype and waiting, Downton Abbey’s fifth season began in the U.S. It’s a favorite show of mine, but I’ve never seen so much promotion. For crying out loud I saw three ads for Downton on CBS’ Sunday Morning — they’re in competition. CBS just had one promo for The Good Wife, which is on opposite Downton. Did PBS advertise on other networks as well?

It felt good to see the familiar faces of the Crawley clan and their servants. The costumes are always stunning. Julian Fallows offered his usual fare: verbal digs from the Dowager Countess, plots from Thomas, Cora going along with most everything, light moments with Mosely, Edith unsure and worried, and Mary capably preparing to take over the reins of Downton while mulling over her suitors.

Fallows packed a lot into the episode, which picked up where the last one left off although I was surprised that while the adults haven’t aged much, the children’s ages seem to have doubled. We learned that little Sybil calls her grandfather “Donk” as in donkey. How perfect! I love children’s names for grandparents and this one will keep Robert humble.

I’m glad that Miss Baxter told Cora that Thomas was using her and confessed that she’s been to jail for theft. Cora was discrete and fair with Baxter, who now can work without constantly worrying about Thomas.

I think Fallows could have made more of the fire. It was hard to believe the fire department could get their as fast as they seemed to and even with Robert and Tom’s quick response, I’m surprised there wasn’t more damage.

If Thomas (a.k.a. Mr. Burton) cries during an episode of Downton Abbey, you know there’s tragedy. I happened upon news of Sybil’s death last fall when I did a search for some other Downton matter and a British site popped up.

Still as Bresson asserts in good drama knowing the outcome won’t diminish the engagement with a story. I know how Casablanca ends and yet I get caught up in the story time after time.

So I was actually all the more rapt as Sybil lost her life in childbirth. Any viewer could tell the city-fied, modern Sir Whatshisname, was wrong and that Lord Grantham should listen to Dr. Clarkson. It was odd, but believable, that this tradition-bound lord didn’t. I kept thinking, “Listen to the women. Listen to Cora on this, Robert!”

The tone of the emotion was just right. Characters were devastated, but there was some reserve. This is not a telenova. And that’s why we viewers feel all the more emotion. When I see say a Malaysian soap opera everyone’s screaming, crying and flailing about in hysteria. I feel nothing because that “works” been done by the actors. When you witness tragedy and there’s been restraint because the situations so sad that words and actions won’t suffice, that’s when the audience feels the most.

One of the most beautiful scenes in this season so far was when we saw Branson at the window holding his daughter. No words and it just lasted a minute, but we knew (or projected) everything his grieving husband must feel. He’s got to be strong and committed to his daughter in spite of his own grief.

We’re in store for a lot of drama. Branson’s role in the family is even more tenuous. He’s still connected by a female the Grantham’s love, but she’s a baby and can’t act as a mediator. Where will they live? What work will Branson, who can’t return to Ireland, take on that won’t humiliate the Grantham’s?

Bravo to Isobel for hiring Ethel. I can see why Mrs. Bird left, but it’s a shame she didn’t try to stay and work through her prejudices. I think Isobel’s great sacrifice isn’t going to be her reputation, but rather her palate. It’ll take Ethel a while to learn to cook.

Congratulations to Edith for the newspaper column. I hope she surprises everyone with her insights and writing. Edith, yes your father and granny disapprove, but don’t flee the breakfast table each time he does. Women need their rights, but they also need to learn to stand their ground.

Robert, it’s true you didn’t cause Sybil’s death, but to get back into Cora’s good graces, you ought to blame yourself as much as possible.(The trailers suggest you won’t.) If you descend into depression than Cora would probably consider rescuing you her mission. If you aren’t huber-contrite and grief-stricken you’ll be sleeping solo ad infinitum.

Ahh, the house was abuzz as everyone quickly prepared for Edith’s wedding to the older Sir Anthony. What are my thoughts? Well, there will be spoilers below, so don’t say you weren’t warned. Here’s my 2 cents on an episode that kept me rivetted: 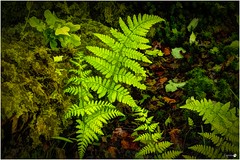 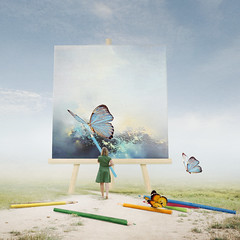 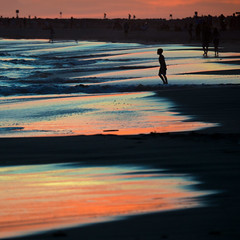