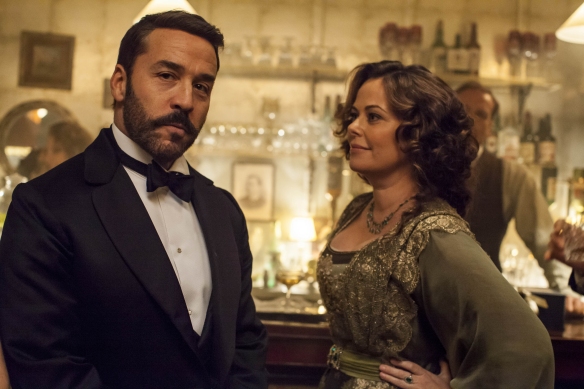 In the third episode of Mr. Selfridge’s second season, Delphine Day (Polly Walker) organizes a card game with some of the influential movers and shakers she knows including Harry and Lord Loxley. It’s wonderful to see the smug Loxley lose to Harry.

People are coming to terms with the war. Agnes receives a letter from her brother George and though it’s been redacted he seems chipper. Miss Mardle takes in a Belgian refugee. She expects Florian to be a woman’s name, but it turns out that her refugee is a young man, a rather innocent and attractive Belgian. If he brings any chocolate into the house, she’ll be putty in his hands. This mix up is rather weak. Of course, Miss Mardle could arrange to have a woman live with her and someone else could take in Mr. Florian.

I’m worried about Henri who’s very mysterious this episode. His secret life remains so, to a larger extent. He’s giving lots of money to a suspicious looking man, who’s supposed to track a woman down for him. Since he’s gotten on Mr. Thackery’s bad side, Thackery follows him around town looking for dirt. Henri had best watch out. My guess is that while the problem may not be innocent it’s not as bad as it seems. Thackery expects that Henri is a German spy. Poppycock, Thackery. Poppycock.

Things are looking up for Lady Loxley as her husband’s finances are going up since he’s getting kick backs for army procurement deals. She’s been authorized to get a new wardrobe. It’s a pity that Mr. Thackery just couldn’t pick up on the newer trends. All he could show her seemed dated, though I thought the gowns were stunning, just not right for wartime.

Rose was used nicely in this episode. She saved the day as the store must employ women in the warehouse. Their garments made work nearly impossible. No one at the store really knew what to do, but Rose stepped in and figured it all out. Later when Mr. Crab organized shooting practice for store employees, Rose impressed her son Gordon with her expertise. I love seeing these new facets of hers and I’m glad to see she and Harry’s marriage is improving. Yet I do fear Daphne is up to something with Harry. She was needlessly secretive about the card game when she saw Rose.

All in all, the season’s shaping up nicely. The new characters are intriguing, though troublesome and having the mother and girls away makes the cast size more manageable for the writer. I don’t miss Miss Love at all or Harry’s philandering. While that will no doubt return, I’m glad the show isn’t all about infidelity and illicit romance. 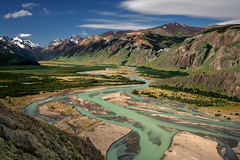