Here’s one of the recipes for an orange salad that I learned at the Picnic Sides event at my local library. I think this recipe would work year ’round. Bon appétit!

1. Each week, we’ll provide a theme for creative inspiration. You take photographs based on your interpretation of the theme, and post them on your blog (a new post!) anytime before the following Friday when the next photo theme will be announced.

The most hilarious, smart sitcom I’ve seen in a long time is the BBC’s Outnumbered. Each week the parents Pete and Sue valiantly try to survive the chaos inherent in raising precocious children: Jake, Ben and Karen. The plots are loose and the dialog brilliant. Like Curb Your Enthusiasm, much of the dialog is improvised, which is probably why what the kids say seems so real, unlike the average show where the jokes are clearly written by 27 year olds and mouthed by 7 year olds.

I’ve just seen six episodes and the main thread is that the father, a secondary school history teacher, bumbles his way around the disaster he created by making a joke at the expense of one of his heavier students. Sue is a stay at home mom, who’s often overwhelmed, but never comes across as the nincompoop say the mom in Modern Family can be. Don’t ask me why. Maybe it’s because Sue’s smart kids often do have a good point when they argue, whereas the Modern Family kids are clearly reading from a script.

A few realistic, serious problems are woven into the series. Pete’s worried that Jake is a victim of bullying. The issue’s handled better than it would be on many sitcoms. Like in real life, Pete tries to open lines of communication, Jake denies there’s a problem. Then at the end of an episode, once you believe Jake, you see him washing his hands and his forearms are badly bruised. Another issue is caring for an elderly parent in decline. Sue has been the local go-to person for her father while her sister galavants. The sister returns and the relationship is rocky. Sue’s glad for the relief, yet has to hide her jealousy that Angela, her sister succeeds with the father – at first. So as in real life competing feelings exist in one person.

The dialog is brilliant. Take a look:

Karen with a nurse 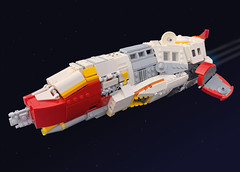 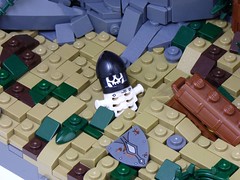