Yesterday I went to Milwaukee where I toured two of Frank Lloyd Wright’s American System Built Homes. In the early 20th century, Wright wanted to design beautiful, affordable homes. He designed a number of components for houses and the idea was that the buyers could choose which parts they wanted in their house.  The house above is 800 square feet and has two bedrooms, a bathroom, a living room and small dining area.

A non-profit in Milwaukee bought this home and restored it. On this street there is a duplex by Wright and another Wright home, which is now a VRBO accommodation. There are pictures online and I’m not a fan of the white, modern kitchen. The house above has been completely restored and I could live there happily ever after, though I’d like a different stove.

When built, these homes were priced on par with comparable houses at $3,000 circa 1916. 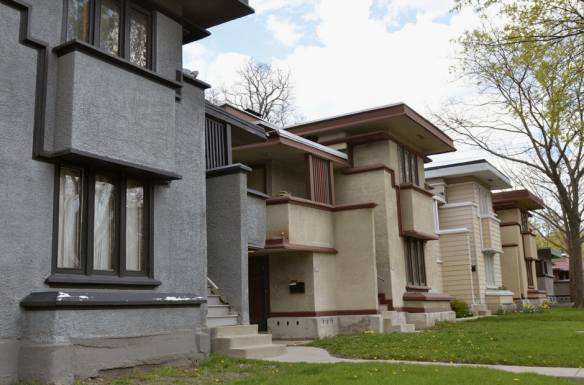 On the tour we learned about how Wright partnered with Mr. Robinson, a builder. Wright left for Japan and allowed Robinson to start building. While Wright was away, Robinson changed which materials would be used in the homes, swapping Wright’s materials for cheaper ones. They weren’t shoddy, but weren’t up to Wright’s standards.

Down the street was a duplex that this non-profit has purchased. Now the first duplex is about to be restored. It’s bare bones now, but still interesting to see. I plan to go back in a few years when it’s finished.

There are more of these American System Built Homes throughout the Midwest. Our docent believes there are several that are covered up with siding and the owners may not know their significance. 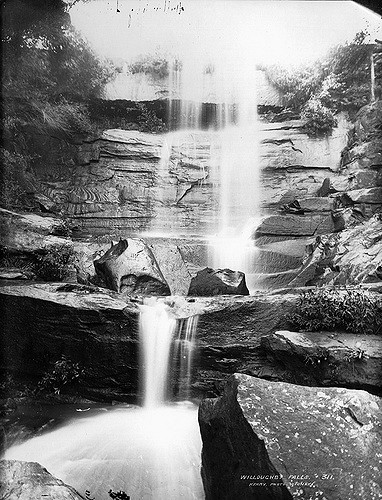 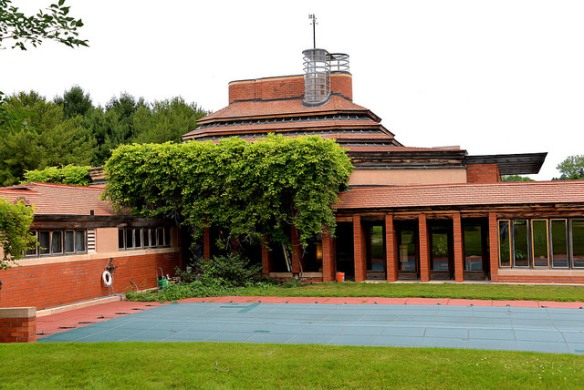 Designed in 1937, by Frank Lloyd Wright, Wingspread is the name of Herbert Fisk Johnson’s home. Shaped like a pinwheel, when seen from above, the home lays low in the landscape and gives one a sense of calm and harmony whether you’re inside or out. Wright had such a talent for beautiful architecture that makes you feel serene.

I got to go to a free tour of the home on Sunday. They offer two afternoon tours, which begin with a short talk providing background into the home’s history. Johnson commissioned Wright to design the home for his second wife and their blended family of six. However, she died before it was completed so only Johnson, his third wife and his two children lived in it. 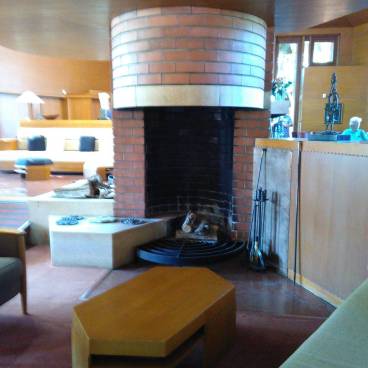 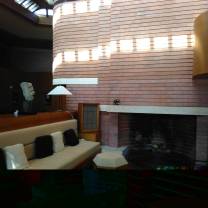 The home has five fireplaces, a big common area which consists of a space for reading and listening to music, spaces for conversation and a dining area. There are lots of windows and several glass doors in the central part of the home.

After the talk, we saw a 20 minute video with the two people who grew up in the home, who were able to share some great stories. First Sam, the son, said that the 8 foot tall fireplace was designed to hold long birch logs that filled it till the top. They used this once. While it looked beautiful, as you might figure, after a time when the logs started to burn and crumble. The logs eventually gave way and started to fall into the room. The family and servants had to spring into action and throw the logs out of the house and over the balcony. 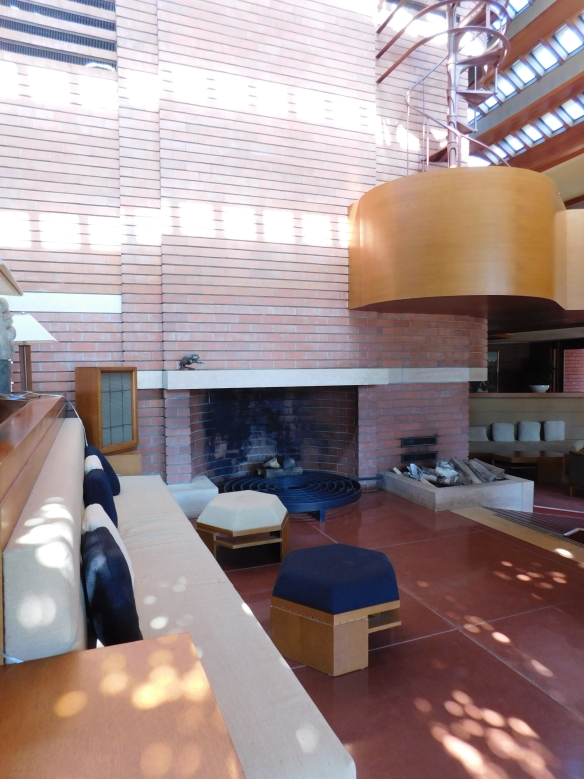 Typical of a Frank Lloyd Wright home, the windows leaked a lot and the kids and servants had to run around with buckets whenever it rained. In the end Johnson hired a shipmaker to fix the windows they way they’d fix portholes.

Another feature that didn’t work was a retractible, rolling dinner table that moved into the kitchen via slots. The idea is the table could be rolled back and forth between the kitchen and the dining area so that the servants wouldn’t have to come into the dining area, they would change all the dishes back in the kitchen. In practice this didn’t work so well. At the second dinner they hosted, the grandmother was surprised to see her first course disappear when she didn’t finish at the same time as the others. She raised quite a fuss and they went back to having servants clear each course.

One story I loved involved Mrs. Johnson #3. She realized that the home was designed for another woman so she replaced the paintings and added her own upholstered furnishings. When Wright came to visit, he was appalled to see the changes. In the middle of the night he got up and rummaged through the storage areas and replaced Mrs. Johnson #3’s art with the original and stored all her chairs, etc. At sunrise, Mrs. Johnson caught him and told him to leave at once and never return. He did and they never saw each other again.

Any fan of Frank Lloyd Wright or modern architecture is sure to appreciate a tour of the S.C. Johnson corporate headquarters. The administrative building was finished in 1939 and famous for its dendriform pillars which are smaller on the bottom than on the top. To get a permit, Wright had to prove that these tree-like (“dendri” means tree like, but most trees are either bigger or the same size at the bottom as the top of the trunk from what I can tell) columns.

He showed that the pillars could support far more than the required 12 tons. They held 60 tons before they started to crack.

The cream and Cherokee red building was known for its curves, its glass tube sky lights and office walls and Wright’s furniture including a three legged chair that was supposed to encourage good posture, but often resulted in the occupant’s tumbling.

“Wright decided the Administration Center to be a functional building. He studied the daily work flow and believed that the most important criteria for his designs were the people. Wright also considered the corporate hierarchy. The clerical staff had office areas on the main level, the manager’s offices were on the mezzanine level surrounding the clerical staff, and the executive offices on the third or Penthouse level, over-seeing everyone below.” Source: Racine County.

In addition to the Administration building and research tower, the campus has a stunning new building called Fortaleza Hall designed by Foster + Partners.

Fortaleza is the name of the area where the key ingredient for Johnson wax is found in Brazil. The building was finished in 2009 and symbolizes the spirit of adventure and the life and work of the third and fourth CEO’s who traveled to Brazil to ensure the company could continue to procure the special wax they used. Not only does the airplane hanging from the ceiling impress, inside there’s a vertical garden with 79 species of South American plants that wowed me.

SC Johnson offers free tours of their buildings on Fridays and Saturdays. Book ahead especially in the summer. Tours vary in time from 1 to 2 to 3 and a half hours in duration. 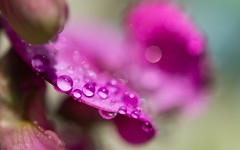 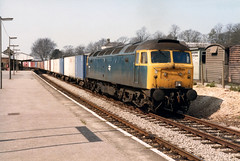 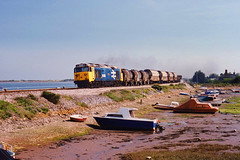 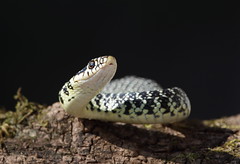 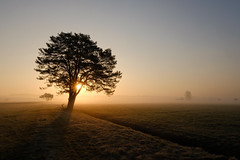