Ghosting (n.) the practice of ending a personal relationship with someone by suddenly and without explanation withdrawing from all communication.

Perhaps you’ve learned that people are ending personal relationships by just disappearing, but I was surprised by a BBC article on a new trend of people leaving their job without communicating to their employer. I understand it can be tough to talk with a overbearing boss, but it’s something a mature person recognizes it’s necessary and actually good for him or her to do as it builds courage.

Again, Japan is featured, but I understand that because until now, in Japan you stayed in a job for life so they aren’t used to having to quit and as a vertical society bosses do have a power that they don’t in the West.

I am more surprised by ghosting in the West. Here’s a passage from the article:

Chris Yoko, who runs a web design company in the US state of Virginia, had a bizarre experience with a contractor who was meant to be completing a digital project from home.

Multiple emails and phone messages got no response. The man missed another meeting on the project. In the end, amid total silence from the contractor, the work was given to someone else.

A short while later, a man purporting to be a friend of the contractor got in touch via email. He said the man had died in a car accident and requested some tax files that the family needed. But something felt off, so Yoko checked the contractor’s Twitter account.

On social media, it appeared the contractor was very much alive. In fact, he’d just responded to a tweet from a cousin about attending a family gathering.

“He replied to this person with a picture of himself with a handle of whiskey in his hand saying: ‘Not only am I coming but I’m bringing this’,” says Yoko. “I screenshotted that and forwarded it to the guy and said: ‘Hey some good news, looks like he’s just fine!’.”

What do you think of ghosting? 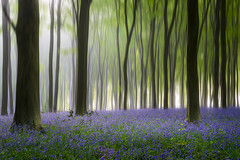