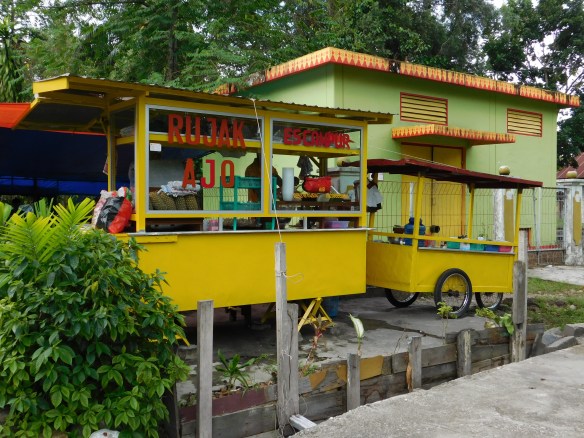 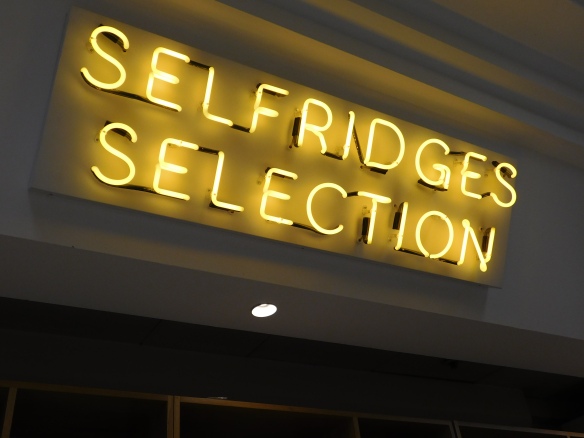 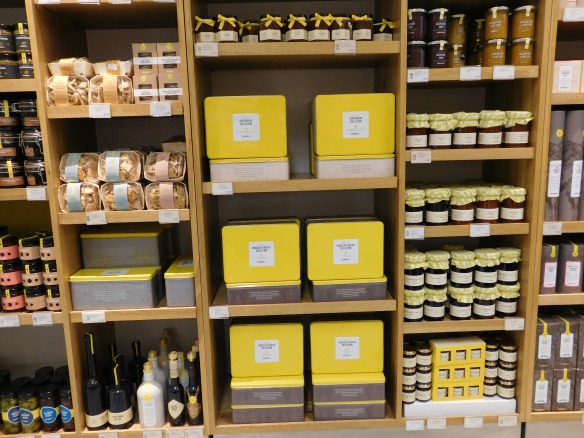 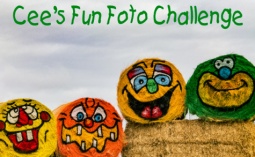 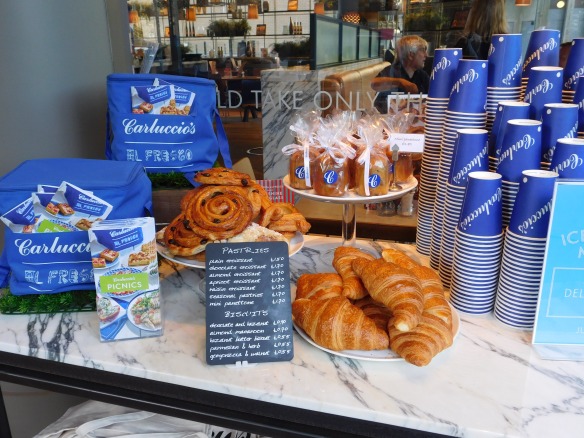 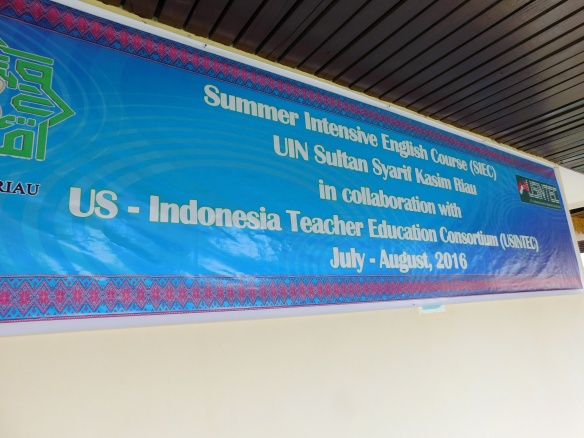 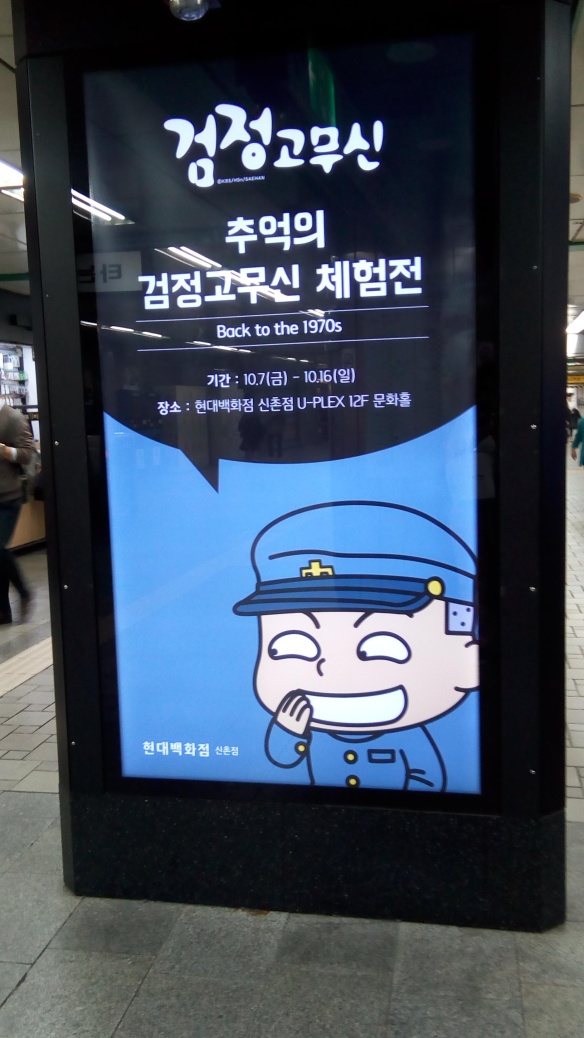 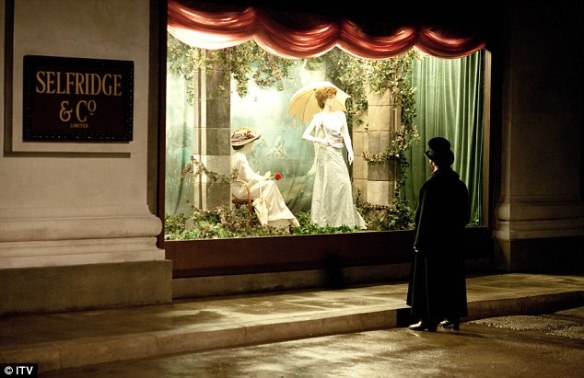 Here’s some information I got from Gale Virtual Reference on window displays in the 18th – early 20th centuries. Interesting that L. Frank Baum was involved in this business:

The eighteenth and early nineteenth centuries saw an evolution in shopping spurred by a faster turnover of manufactured “fashionable” goods and an increase in department stores selling them. These shops pioneered new techniques of window display. Rather than piling their stock up—as had been common in markets and bazaars—they sold goods in mannered and self-conscious window displays, intended to sell nonessential goods.

In cities, where competition was strongest, stores had larger windows and more frequently changing displays. A visitor to London in 1786 wrote of “A cunning device for showing women’s materials whether they are silks, chintzes, or muslins, they hang down in folds behind the fine high windows so that the effect of this and that material, as it would be in the ordinary folds of a woman’s dress, can be studied” (Adburgham, p. 6). This comment suggests that there was an awareness of sophisticated marketing techniques and a developing vocabulary for display in the late eighteenth century, which would be developed but not improved upon by later generations.

By the nineteenth century the small store with glass windows and some form of gas lighting dominated the main street. The arrival of department stores in the 1850s—multistoried buildings that utilized plate glass in long, uninterrupted window displays—would herald a new display aesthetic. Fashion goods began to be displayed in lifelike room settings, with mannequins. Known as “open displays,” these windows relied on themes and narratives, rather than sheer quantity of goods, for visual impact. The window display was now contextualizing goods, giving them precise domestic or cultural settings and imparting qualities other than practicality and price. In these displays the fixtures, stands, and mannequins, came into their own. Unfashionable stock goods continued to be displayed as though they were on a market stall—piled high or stacked in rows in the windows in “massed displays.”

These open displays were developed first in America, where the professionalization of the display trade had begun in the late nineteenth century. The display technocrat L. Frank Baum (who would later write The Wizard of Oz) began the first journal aimed at the display trade— The Show Window in 1897—and founded the National Association of Window Trimmers in 1898, which did much to raise the status of window trimmer to that of display manager. America had a large number of colleges teaching commercial design based upon the work of pioneering consumer psychologist Walter Dill-Scott, author of Psychology of Advertising in 1908. His theories for appealing to hidden desires of customers using particular colors, images, and formations in advertising layouts were applied to window display though numerous handbooks and journals detailing the creation of the “selling shop window.”

This approach was brought over to England by Gordon Selfridge (a friend of L. Frank Baum) and his dis-play manager, Ernst Goldsman. Both men had worked at Marshall Fields department store in Chicago in the 1890s, where Selfridge had introduced radical and innovative methods of display and marketing, starting the first window displays and display department. Selfridge’s department store in London opened in 1909 with the longest window facade ever seen in Britain. The store achieved instant fame for its window displays: “They gaped in amazement at the American-style window-dressing with its life-like scenes and with wax models arranged in realistic poses” (Honeycombe p. 205). Goldsman was integral to the professionalization of the British display trade, founding the National Association of British Display Men in 1919. Such display organizations disseminated new ideas via lectures, display fairs, and their journals.