Owens interviews Zuhdi Jassar, President of the American Islamic Forum for Democracy. Learn about life in Syria and political oppression.

A lot of what he described reminds me of the Chinese Cultural Revolution.

I admire how this young Hong Kong protestor calls attention to the two men who are apparently spies and have been following him. He does it with respect and civility showing how the Chinese government operates and the risk those who want democracy face in the “One Country/Two Systems” era.

I pray nothing bad happens to this man.

A classmate linked to this on her Library UX blog for a final reflection. It’s fascinating television, well written and acted. Yet, I don’t think you could broadcast this today. There’s no violence, edgy-ness or swearing. 😉

Yesterday I had jury duty, and while I know most people loathe the hassle I like the whole idea. I wasn’t thrilled that I had to take a 30 bus ride after getting in to Union Station downtown, but the commute wasn’t too bad.

The journey went smoothly. I got to the courthouse without a problem. Outside the criminal court I saw a group, Courtside Prayer. It’s a new ministry that prays for whomever wants it.

At 9:00 prospective jurors were shown a video, a tad dated as it featured NBC’s Lester Holt with a mustache. It looked like the video was from the 1980s. Afterwards we were told that we’d be bused to a courthouse on Harrison.  When we got there the 32 of us went up to the courtroom and swiftly began jury selection. Throughout the judge was swift and got down to business. He was clear and attentive to procedure and the law.

I was one of the first 14 called up and was put on the jury. I was worried that since this was a criminal case, there might be gruesome graphics, but I trusted that I’d be on a case I could handle and I was. The first group was sent into the jury room to wait for them to choose three more jurors and an alternate. By 12:20 pm the judge was explaining the schedule and process. We then had to return by 1:30 from lunch.

The judge kept things moving along and our case was straightforward. The victim had gone to pick up her mother for a 4th of July party at her house. She had an altercation with her stepfather, who eventually hit her repeatedly. During the confusion, the victim said a man from the barbecue behind the apartment burst into the hallway of the building and stopped the fight. At some point the victim’s mother came out too and yelled, “Stop hitting my daughter!” The police were called and took the victim’s story and tried to find the defendant who’d left the scene.

The judge kept everything going at a brisk pace and all the lawyers seemed new to the profession, but the case was pretty simple and they did fine. (I do think they tried to be more dramatic and verbose than needed.) The state called four witnesses and the defense called one.

By probably 3:40 we had the case for deliberation and after two votes and a thorough discussion, we reached our verdict. Guilty as charged. The jurors were conscientious and a good group to work with. We stuck to the facts and invited dissension. While people didn’t want things to drag out, from what I could tell, no one compromised on their duty to be fair. All earned their $17.20 for the day. One man said that was the rate they paid in 1972, when gas cost .36 a gallon. (Most people drove to the courthouse.)

Considering that the incident occurred less than a month ago, it’s possible to get a speedy trial in this county at least. Perhaps domestic violence cases are sped along as the parties are so closely tied. 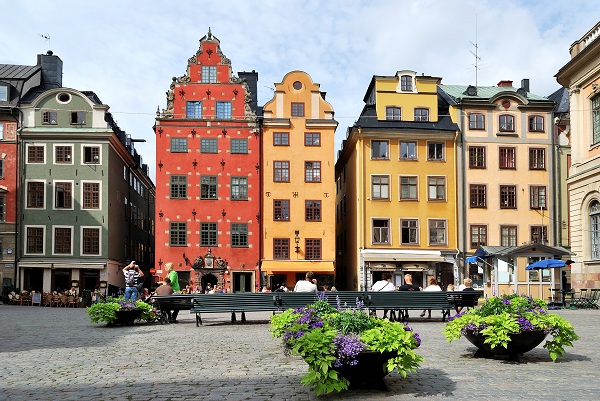 You may not like their system, but you can’t call it bleak & you can’t say they aren’t free

The last few times I’ve gone to YouTube, I’ve had to watch a manipulative, or should I say extra manipulative, political advertisement. It consists of an old many talking about his bleak youth living under communism, which he calls socialism.

I know what the man lived through was true. The black and white photos that the video shows might be from his childhood or before that. There are no photos of say Russia prior to the Revolution, when people also were dirt poor, uneducated, and living in squalor. Yes, life under Mao, Stalin and Lenin and the like was horrible. I don’t contest that. But Obama has not brought us down like that NOR does he want to.

The commercial is just rabble rousing. Nothing more.

It does not feature any of the success stories of socialism like Sweden, Norway or Denmark, where people are free. One can open a business and one can get healthcare no matter what if you have cancer, etc. Are there long waits? I’m not sure, but the wait times in the U.S. are long. If I wanted to see a dermatologist say, I’d have to wait months for my appointment. Yet, when I was in South Korea the wait was one day.

I hadn’t heard about ALEC. I did know about the School of the Americas and do write legislators to close it. Both matters remind me it’s time to write again.

I don’t think America needs either.

Thank you Netflix. Again they led me to a gem that I’d have never seen. Please Vote for Me is a documentary on the first time a Chinese elementary school has an election for a class monitor. In China, from primary to tertiary school each class has a monitor, who leads, reprimands, organizes and if need be rats on his or her classmates. This role in a class and sometimes these children develop good leadership skills and sometimes they just flounder in their own disorganization. In any event, taking on the position looks good on a resume and can be a step into the Communist Party.

So Evergreen Elementary School in Wuhan embarks on this democratic experiment with kids who have no idea what democracy is. It’s captivating to see the crooked roads the students often take urged on by their parents. There’s no smoked filled back rooms, but that’s not necessary to rig an election we soon see.

The teachers select three candidates: one’s been Class Monitor for two terms already, then there’s a cute, rather docile girl and jocular, yet shrewd boy. In the lead up to voting the candidates must participate in a talent show and a debate or rather ad hominem attack contest, and give a final speech.

More often than not, the race gets negative and kids start crying. Sometimes most of the class is in tears. What struck me was how the teacher just smiled through the drama never trying to teach a lesson in fairness or counsel a candidate to be more respectful. There really was no educational consequence for running a smear campaign.

You will see who wins and I’ll just say it’s the kid I liked the least. I wondered why a school in one party China would attempt this. By the end I thought, this experiment is sure to cure anyone with a desire to make the country more democratic. By making an election, a painful childhood memory, few Chinese will choose that form of government when they’re older.