Don’t you just love these clothes?

I don’t know why I hope for a faster pace with Downton Abbey, but I often do. I should know by now that Julian Fellows likes to draw things out; it’s his style.

I had hoped we’d see Mr. Carson and Mrs. Hughes’ wedding this week, but we didn’t. Instead we saw them discuss and plan, not always harmoniously, the wedding. Thankfully, only Lord Grantham thought decorating the servants’ hall would work as a reception venue.

Afraid that he’ll lose his job, Thomas has started job hunting. He’s finding it’s slim pickings and that he’s got it pretty good at the Abbey. His interview did not go well as he learned that at this estate he’d be “chief cook and bottle washer.” They expected him to do the work of 3 or 4. Thanks, but no thanks.

Edith’s editor is giving her more trouble. Then speak on the phone a lot and he won’t listen to her. I expect once she’s got the gumption, she’ll fire him. She certainly should. One dramatic moment came later in the show and dealt with Marigold. Mrs. Drewe, the farmer’s wife who took Marigold in, doesn’t realise Edith is Marigold’s mother. Thus she wants Marigold back. It’s odd, but she seems to care about Marigold more than she does her own children. We’re led to see Mrs. Drewe as unstable. At a village agricultural fair, Mrs. Drew kidnapped the girl. Everyone scrambled around trying to find her and in the end they did. This storyline was oddly placed and there wasn’t a minute when I didn’t think they’d soon find Marigold.

Anna confided in Mary about her fertility problems and Mary escorted Anna to a doctor, who examined her and told her that she just needs a simple operation when she gets pregnant again, and she should be able to have children. Anna’s on cloud nine. I bet she’ll have a child by the end of the series.

Mary proved herself to one of the local agricultural bureaucrats (i.e. the man who arranged the fair).

The issue with the hospital remains and Violet and Isobel exchanged barbs. I do wish it were over an issue that I cared about more. Then the quips would have more potency.

Daisy talked about taking some exams and Mr. Mosley encouraged her. The world’s changing as we’re constantly reminded (I could do with more “show, don’t tell” with this theme) so it’s wise to be prepared.

The dresses were splendid. Cora didn’t get to do much, but neither did Robert. And yet the acting is strong enough to carry an okay story. 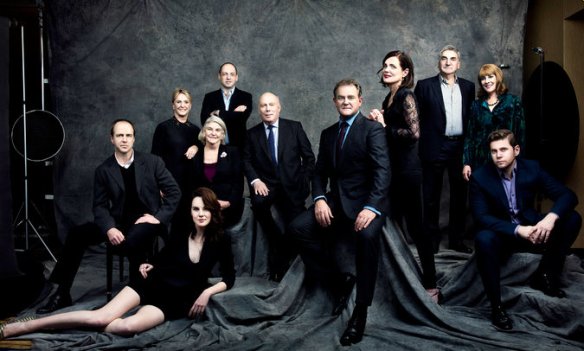 In the U.S. after months (maybe 10 months it seems) of promotions, Downton Abbey’s sixth season began on Sunday. My tradition has been to watch Downton with my aunt, who’s now living in an assisted living facility. I brought dinner for us and arrived early. Our problem was we couldn’t get PBS on Direct TV in her room. No one was able to help us. Ugh!

We had dinner and then I left to watch the show, feeling awful that my aunt wouldn’t be able to watch a show she loves.

I enjoyed this first episode, but feel that this review will echo what I said last season. I enjoyed seeing favourite characters and elegant costumes, but not all that much happened.

A chambermaid tried to blackmail Mary about her rendezvous with a Lord Whoever last season. We knew the chambermaid wouldn’t succeed and she doesn’t she’s just an annoyance. I’d expect a chambermaid in a nice hotel would have lots of opportunities for blackmail and that she’d be better at it than she was. It was odd how she had so much time and money to travel to the Abbey so frequently. By the end of the episode, Robert came to Mary’s rescue, showing his fatherly love, which made Mary realise how good a father he is. Still, I’d hoped that wily Mary would have outsmarted the chambermaid.

Violet has learned that a larger hospital would like to take over the village hospital. She shares her scuttlebutt at a board meeting and Isobel and Lord Merton, who seems to be trying to score points with her, oppose Violet and the local doctor, who doesn’t believe bigger is necessarily better. Cora’s caught in the middle and seems to be swayed more by Isobel’s views. I hope Cora gets a better storyline this season, but I doubt it.

Edith, as is often the case, didn’t get a lot to do. Her daughter is fully now part of the family. Edith handled an irate call with the editor of the paper she’s inherited. There was a nice scene with her aunt in which Edith considers moving to London to get out of Mary’s shadow, which would be best for her. Mary dominates Downton and there Edith will always play second fiddle.

I’ve wondered how the series will end and whether the Crawley’s will be able to keep their estate. In last night’s episode a nearby house went up for sale and the Crawley’s neighbours auctioned off most of their belongings. This sale obviously makes us all wonder what will happen to the Crawley’s who’re unable to replace staff and are now considering lowering wages.  The elegiac mood of the end of a beloved era hung more heavily last night and probably will throughout the series.

At the auction, Daisy had an outburst. She’s very upset that her father-in-law will probably be kicked off his farm. When she saw the new owners, surrounded by her employers and all the people milling about shopping for antiques and what-not, Daisy let loose her feelings of the injustice of Mr. Mason. Though she had a point, she didn’t help Mason at all and just got herself in hot water. As Mr. Carson points out this was a “dismissible offence.” Yet the Crawley’s were merciful and Robert just scolded her.

Mr. Carson and Mrs. Hughes are engaged, but Mrs. Hughes was worried about the “terms of the marriage.” There was a bit of comedy as she had Mrs. Patmore run back and forth to find out how intimate Mr. Carson expected her to be. In the end, Mr. Carson convinced Mrs. Hughes that he wanted a real marriage and that his love for her was strong and real. I wonder whether Mrs. Patmore will have to continue to play the messenger/marriage counsellor between these two people who’ve known each other for decades?

With a flourish of deux ex machina, Julian Fellows tied up the storyline of  Anna being suspected of murdering her rapist. Another woman confessed to the crime. She must have been a female Jean Valjean since Anna was the prime suspect and there was no clear reason why the woman confessed, but it’s lucky for Anna that she did.

So much of the drama of Downton Abbey rests on the entail. If you’ve read Jane Austen or To Kill a Mockingbird, you’ve heard about these mysterious legal arrangements. Last night at the local library, I learned for once and for all what an entail is and what their history was.

Any Downton Abbey fan knows that Lord Grantham can’t leave his estate to his daughter because of the entail. It must go to the oldest male heir and that heir died on the Titanic. A distant cousin, Matthew will inherit the massive house, all its furnishings and grounds. That information can suffice, but as we’ve go to wait till January for our next Downton Abbey fix and since the library had a historian speak on Downton Abbey background, and since I’m geeky enough to dash off to such an event, I can now illuminate this entail business.

Get out some No Doze and here we go!

Way back when in England everyone who helped out the powerful got parcels of land and the poor could work as farm hands and use the commons for pastures. The problem that soon surfaced was that as the father died all the sons would get a divided parcel of land. Well, that would mean in a few generations people would be living on like one acre. That’s no good. Land meant wealth, power and status.

So when the Normans invaded they were bright enough to be careful that the parcels of land they confiscated and doled out remained intact. So land was passed down by primogenator, i.e. to the eldest living son. This method gave the British aristocracy a lot of power. In fact, by the 18th century the aristocracy in England had more power than the monarch. (That wasn’t the case in France so I guess they did things differently over there.)

Women’s property and money was subsumed by the husband upon marriage.

According to LexisNexis, an entail means:

To settle property upon a person with limitations in respect of the succession. Precisely, to create an estate in tail, that is, a fee tail, in conveying or devising real property. To involve, e. g., the trial of a law suit “involves” much preparation.

But we figured that. Entails made this even more secure, power more consolidated. The land the nobles got in the Henry’s era weren’t all that big compared to what the Crawleys have.  Why? 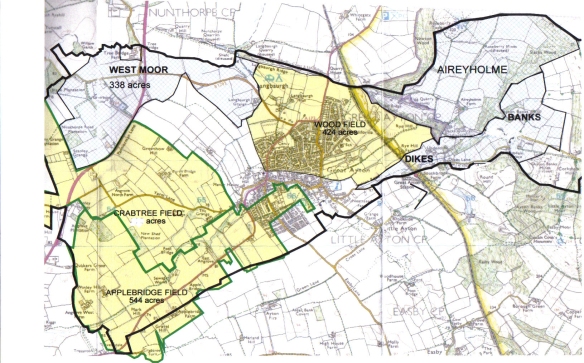 Small fields and forests got taken by a few families

Because of the Privatization and Enclosure Acts, which began in the 1600s, allowed people to petition Parliament to consolidate plots disenfranchising small farmers. Before you knew it 4 million acres in Britain were owned by 12 individuals (Ye Olde 1%). Enclosures allowed the rich to become richer. They also made farming more efficient for a time. Yet the small farmer sure got squeezed out. 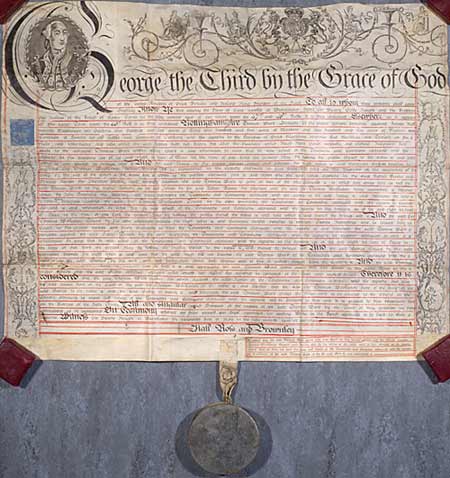 An entail could be “smashed” as Violet periodically urges and even by Jane Austen’s time they were becoming unpopular. One way to break an entail was this loop hole – when the legal son turned 21 he could turn the property over to fee simple (i.e. owning a land with a deed) that way the new owner could do with it as he pleased, will it to anyone, split it up, sell off parts.

There was also something called a Common Recovery whereby an owner could break an entail by creating this legal mess whereby the landowner transfers the land to an agent or lawyer and then some bogus chap John Doe, Richard Row, Moses Mill or such seems to take the land and sell it all so the owner can do what he wants with it. It’s all quite confusing and I have no idea why the owner could sell to an agent but not to someone else, but then these property laws are all about power and injustice when you start reading through some of these articles.

The Fines and Recoveries Act of 1833 put an end to this charade and allowed that a lease could trump and entail.

So it seems that Robert Crawley could have signed away his entail at age 21, but if he was a serious sort who liked tradition, he wouldn’t have felt the need to. Most 21 year olds probably figure they’ll have at least one son. He still could . . . we’ll have to see what happens in January.

Commoners try to keep the commons 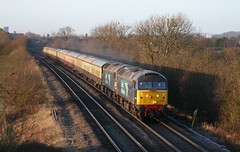 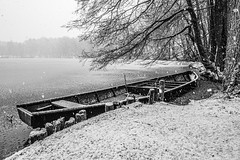 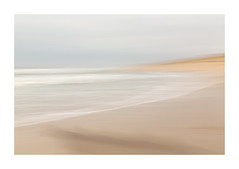 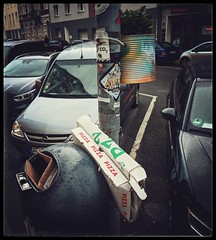