Starring Cary Grant, Myrna Loy and Shirley Temple, The Bachelor and the Bobby-Soxer is a musing light entertainment. Temple has transformed from the cute dancing girl to a beautiful young woman, though in this case a very fanciful romantic, named Susan. Loy plays Margaret a judge who’s Susan’s sister and guardian. At the start we see that Susan represents the epitome of teenage energy and foolishness. Her goals change weekly every time the high school has a different guest speaker. Susan sees herself as sophisticated and is blind to her own foolishness. Margaret tries to discipline her with grace, wisdom and kindness.

As the film starts Margaret is off to court to preside over the case of Dick Nugent, a debonair bachelor who’s accused of causing a disturbance at a night club. Of course, you’ve guessed that Grant is the bachelor. He arrives to the courtroom late and strikes Margaret as callow and annoying, but hardly a menace so he’s cleared and let off with a warning.

Next Nugent heads to the high school where he’s this week’s career speaker. An artist, Nugent enthralls the female students with his idealistic presentation. Susan is especially swept off her feet and hallucinates that Nugent is actually wearing a gleaming suit of armor. Before we know it, Susan is sneaking into Nugent’s apartment. Today we’d say she was stalking him, but in this farce things never get that dark.

If you’re looking for a light amusing film full of clever banter, sophisticated costumes and outlandish physical humor, you’ll enjoy The Bachelor and the Bobby-Soxer.

To keep diners entertained while waiting for their food, a French restaurant made this video which is projected on to the table. Very clever, non? 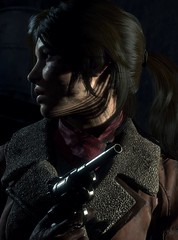