An Hour of Beautiful Christmas singing

An entertaining, short explanation of George Gershwin’s “Rhapsody in Blue.”

RIP music great, Charlie Daniels. I vividly recall visiting my North Carolina cousins and hearing your “The Devil Went Down to Georgia.”

At my favorite house on the “parade” route, they were playing this when I arrived.

I like the story Charles offers as an introduction.

A fun family makes the best of the quarantine.

I learned about Cover Girl from 4 Star Film Fan, here you can always discover wonderful film classics. Starring Rita Hayworth, Gene Kelly an, Eve Arden and Phil Silver, Cover Girl shows Hayworth as Rusty Parker, a captivating beauty and talented dancer who performs in her boyfriend, Danny McGuire’s Brooklyn club. Silver is a comic and the pair’s buddy. Rusty is down to earth but when she hears about a magazine contest she becomes curious about the big time.

Mix ups and show tunes ensue. Danny hopes Rusty will stay in Brooklyn. Briefly he stands in her way, but soon figures Rusty doesn’t really love him if she’s so impressed by the Manhattan set. Of course, Rusty wins the contest. It turns out that the sponsoring magazine is run by a man who fell in love with Rusty’s grandma, who turned him down, married an ordinary piano player and led a happy life.

The emotions were convincing. You hope that Danny will declare his love and that Rusty doesn’t settle for the high life rather than try love. I enjoyed the joking and friendly traditions Hayworth, Silver and Kelly’s characters share. Some numbers ran a little long, but the dancing was solid. I particularly enjoyed Kelly in a scene with his conscience who tries to advise him. You just don’t see such scenes carried off well nowadays.

Cover Girl’s a fun film well worth your time.

I went to church today for the Assumption of Mary and there was a soloist who sang this song.

I had a shocking day at work and this song filled me with peace.

I’m still waking up with tunes from The Music Man. So I’ll share one of the big number “Seventy-Six Trombones,” one of the songs that’s sure to spread cheer.

A song from High Society. 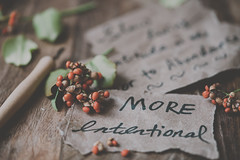