Last night I watched national news coverage of the Protests/Riots across the country, while today I watched more of the local news.

Pentecost is one of the most important holidays for Christians, though it isn’t as well celebrated because it isn’t commercialized the way Christmas and Easter are. I’m actually glad it’s simply spiritual though it would be great if more people understood Pentecost and celebrated it.

Some peace on Pentecost, the day that Christians commemorate the Holy Spirit coming down and filling believers.

I love that at the end there’s a shower of rose petals coming from an opening in the dome. Evidently, this is an ancient tradition, but I’d never heard of it.

It’s disgusting how some activists are capitalizing on George Floyd’s death.

The History Channel offered a capitvating documentary mini-series on the life of Ulysses S. Grantthis week. It’s still available online. We saw it advertised when watching The Last Dance and thought it would be worth checking out. I didn’t know much about Grant other than he was an important General during the Civil War and not much of a president. I’ve learned that that was an inaccurate view of a brave, intelligent man.

Grant grew up poor. His father was a tanner and both parents were staunch abolitionists. He went to West Point where he wasn’t a shining star, but he met men like Robert E. Lee and other future Civil War leaders. When he fought in the Mexican-American War, his distaste for war was solidified, but he also proved to be unique in his ability to think clearly in the heat of battle.

This documentary features several notable historians and shows the complexity of a great military strategist and a popular President who’s become forgotten through the decades. The commentary is interspersed with excellent reenactments.

Part of the reason for Grant’s tarnished reputation is that in the 1960s, Southern historians published profusely and changed the narrative reshaping Grant’s life so that he came across as a drinker who became a corrupt President.

From this documentary you learn the complexity of Ulysses S. Grant. He was an abolitionist whose father-in-law bought him a slave, a slave that he soon freed. At the time Grant was poor and couldn’t support his family, but believed in equality and though he could have made a lot of money by selling rather than freeing this man, chose to free him. Yes, Grant drank, but he also knew that was a weakness and dealt with it. He’s a man who knew failure and poverty, but overcame them. He was an honest man, a military genius, and popular President who sought to bring a divided country together.

Grant is a gripping documentary from start to finish. 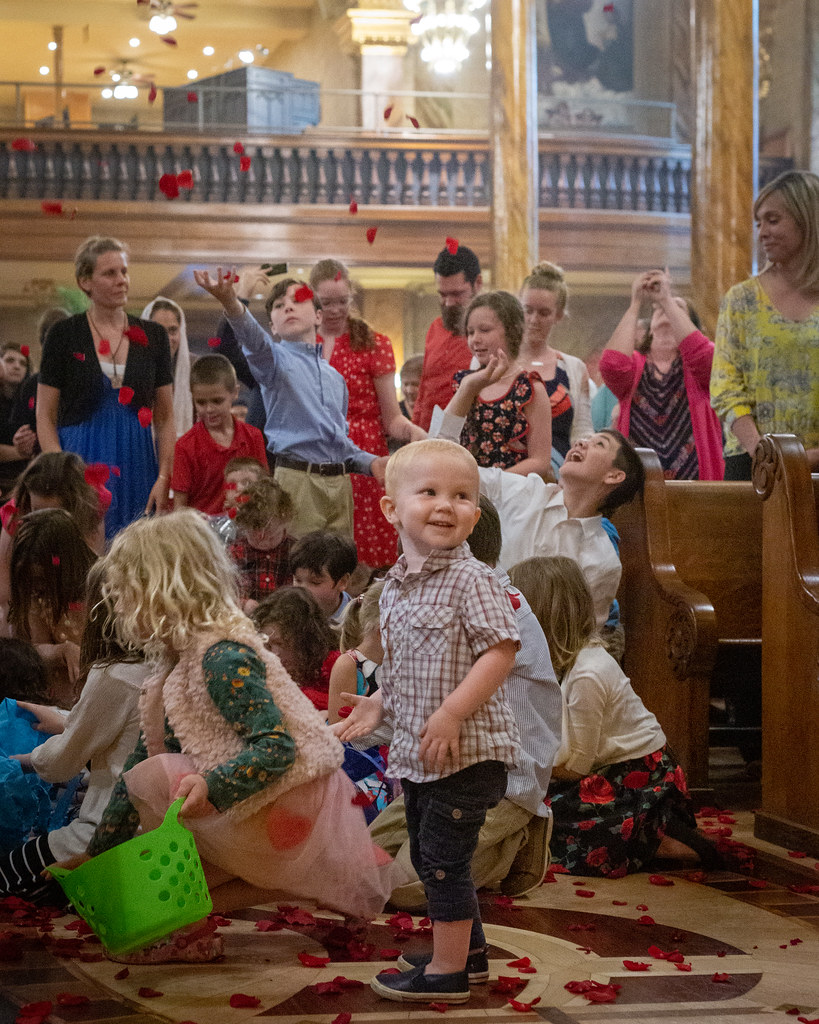 On Pentecost St. John Cantius Church follows an ancient tradition of dropping red rose petals from above on to the congregation. I’ve never seen that done before. It’s a shame I can only watch it on YouTube tomorrow.

Watch what happened at 43:52 in @NASA’s broadcast: Launch Coverage of NASA/SpaceX Historic Mission to Space Station