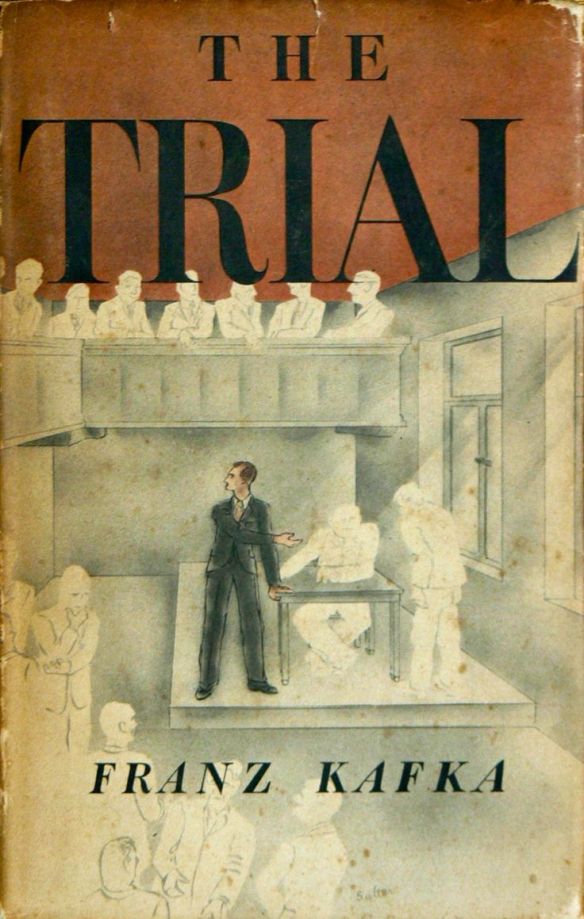 Even people who haven’t read Kafka’s The Trial know that it’s about an ambiguous character Josef K. who’s charged with unspecified crimes. It’s a very modern story in that themes of alienation and a brutal faceless bureaucracy abound. The story begins like a sprint as a shot goes off and there’s a lot of momentum in the plot.

As K. seeks to find out what he’s charged with and how he can defend himself, he meets men and women who’re mean, uncouth, certainly unhelpful or brutal. I agree with those who liken the story to a dream, though I’d categorize it as a nightmare. What’s real? How can K. face such injustice without any specific charges?

Other questions I had were: Why aren’t there any charges? Why do the characters representing art, religion and law exemplify only the failures of these institutions? What does Kafka want us to think of the brutality K. witnesses and experiences? What do these themes say about Kafka’s relationships failed, who found little happiness in his work.

I thought of rereading the book to get more of its message, but while I enjoyed Kafka’s style, I soon put the book down because I knew the end and didn’t want more nihilism in my life.

Kafka didn’t want this unfinished novel published, but after his death it was. I learned that and more from the BBC’s radio program In Our Time. The guests clarified much of The Trial’s mystery, but the insights also sickened me and made me ponder the darker corners of this novel, which I had read quickly.