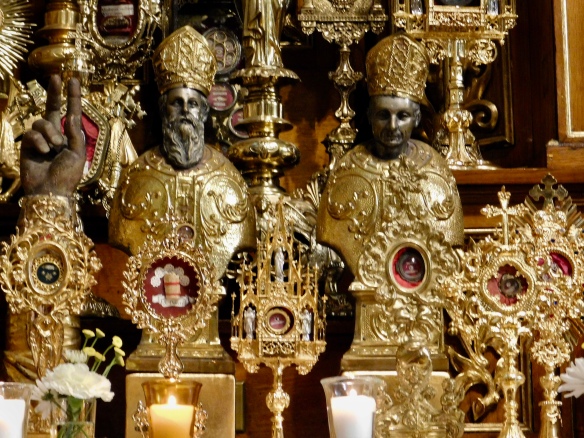 For All Saints Day, St. John Cantius Catholic Church displayed their massive collection of saints relics, which are little slivers of bones or tresses of hair. It seems kind of a weird thing to put into a gold case, right? 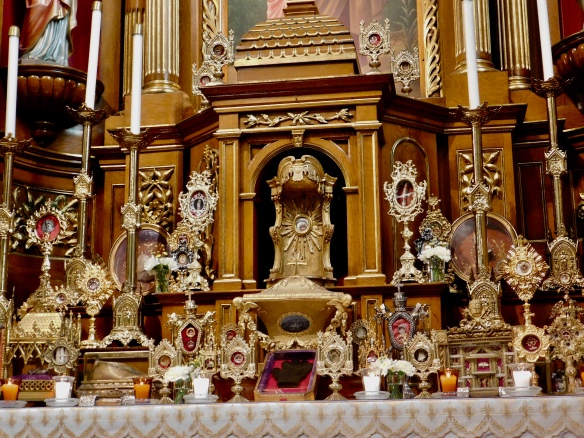 In his homily (aka sermon) the priest explained how before he became Catholic, he did think this was odd.

Now he made us consider his story of the Cub’s winning the World Series in 2016. Everyone in the city was gung ho for the team and in a celebratory spirit. He recalled the day of the homecoming parade, he was on a train platform and saw a piece of confetti and reflexively he reached down for this discarded piece of paper. An older man beat him to it. 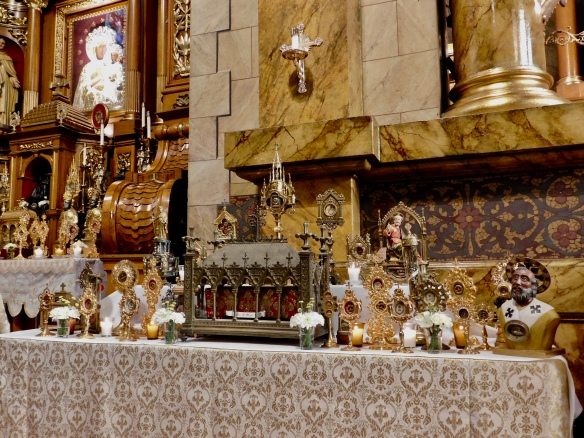 Upon reflection, he believed that it’s human nature to want to keep a piece of greatness or joy. By keeping and displaying these relics he felt we’re making visible those Christians who’ve gone before us who are cheering us on and inspiring us on how to live as we were designed to live. 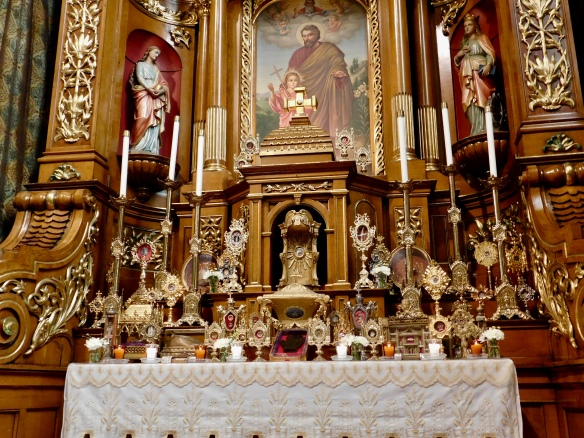