Friday I got student tickets for the Lyric Opera Chicago’s production of I Puritani. Written by Vincente Bellini, I Peritani is the story of Elvira, a young girl in love with Arturo, but whose father promised a soldier named Riccardo that he could marry his daughter. Understandably, Elvira is beside herself.

However, she soon learns her father’s reconsidered and will permit her to marry Arturo. It all sounds grand, except to Riccardo, who’s now jealously plotting against his rival. Unaware of Riccardo’s response, Elvira is on Cloud 9 and preparing for her wedding.

The story takes place in the 17th century England when the Royalists are at war with the Puritans. The disposed queen, Enrichetta has been captured and brought to the castle where the opera takes place. She’s able to hang out wherever she likes for some reason. As she’s sitting in a courtyard, Elvira sees her and decides the best way to see how her veil looks is to put it on this other woman she doesn’t know. Queen Enrichetta dazzles in the veil. For some reason, Elvira leaves the queen forgetting the veil. What ensues is a case of mistaken identity when Arturo promises to help Queen Enrichetta escape. He’s seen by Riccardo, who plots to show Elvira her fiancé “cheating on her” with the queen.

The music and singing was heavenly. During the first intermission, college night attendees could attend a Q & A session with a woman who works with technical aspects of the production. This was informative, but I’d prefer it if they speaker prepared about 5 minutes of a talk and then opened the floor to questions. As I don’t know opera well, I am not able to think up questions.

Before Act II began, a man announced that the singer playing Elvira had taken ill and the understudy took over. She did a fine job, on par with the star, to my unsophisticated ear.

For the second intermission, the curtain was up and a stage manager narrated what the 50+ professionals were doing to transform the set. That was fascinating to see.

The opera lasts 3 hours and 35 minutes and since I either get the 10:35 pm train or I have to wait till 12:15 am, I wouldn’t get home till 1 am, which I wasn’t in the mood for such a late night so I left after the second intermission. I’ll have to find a DVD of this opera to see the ending. While the story is quite contrived, the singing, music, costumes and set made I Purtani excellent. 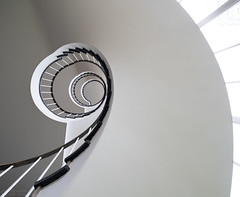 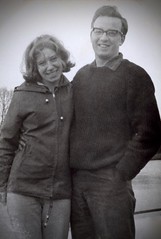