A Touch of Sin , directed by Jian Zhangke, blew me away.

I think I was expecting a movie about love affairs or something with a touch, i.e. a little corruption.

The film could be called A Massive Dose of Sin as it dramatizes four true events in modern China. True events, my mind still swirls.

The film features four stories that overlap a tad. First we see a villager who’s fed up with the corrupt village chief who promised that proceeds from the sale of a mine would be shared with the villagers. While the chief travels by private jet and owns a luxury sedan, the villagers have netted zero. When trying to speak to the chief gets him no where, the villager turns to violence — in a big way. 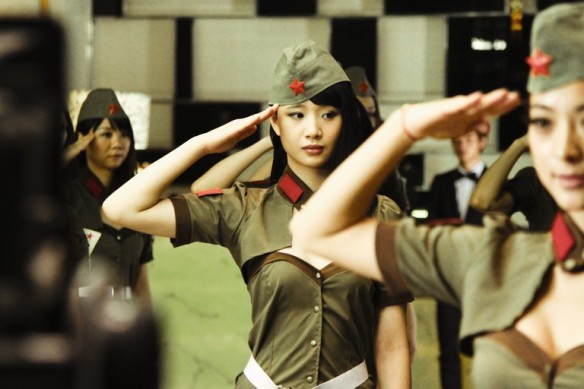 Later we meet a professional thief who returns to his village for his mother’s 70th birthday, a mistress who gives her lover an ultimatum and a factory worker who heads to a bigger city, with brighter lights and more action. None of these characters fare well. They get caught in the wheels of the greed of modern China. There’s plenty of violence and blood in each story, which I still am stunned that they’re all true. The cinematography is outstanding and the dialog spare. Jia shows us these tales and leaves us with little commentary or preaching on what to think about the brutality. The scenes all feel so real, so real that it’s scary.

A Touch of Sin won for best screenplay at Cannes in 2013.

I’m glad I saw it, but watching a second time would be too much for me.